DITA (Darwin Information Typing Architecture) is an XML-based technology for automatic building of documents out of scattered data where documents are created as DTD topics. The DITA had been developed by IBM in 1999 - 2001. Since March 2004, DITA is maintained by the OASIS consortium. The reference to the scientist Charles Darwin reflexes the fundamentals of technology: the evolution of documents by means of specialization in accordance with the features inheritance principle. Topics are included in document maps where they can be nested. DITA supports different attributes including attributes referencing an element’s language, the necessity of localization, the writing direction (left to right or right to left), and other properties important for localization. The content can be reused through the use of content references (conref or conkeyref).

Translation of DITA files in a text editor

DITA topics and maps are based on XML, so they can be edited and translated in any text editor. However, when working with DITA files in a text editor, there is a risk to damage the document structure or to leave untranslated character data requiring localization, so this method is rarely used in practice.

You can convert the DITA project to XLIFF and vice versa using the DITA-XLIFF Roundtrip tool. All maps, topics, and content added through links (@href, @conref) are aggregated in a single XLIFF file that can be processed by the latest versions of most CAT systems. The DITA to XLIFF conversion process is described in details in the document by OASIS. When converting a project, it is necessary to create a PDF in the source language, because it will be difficult (if not impossible) to align the separate strings of content included in XLIFF without it. 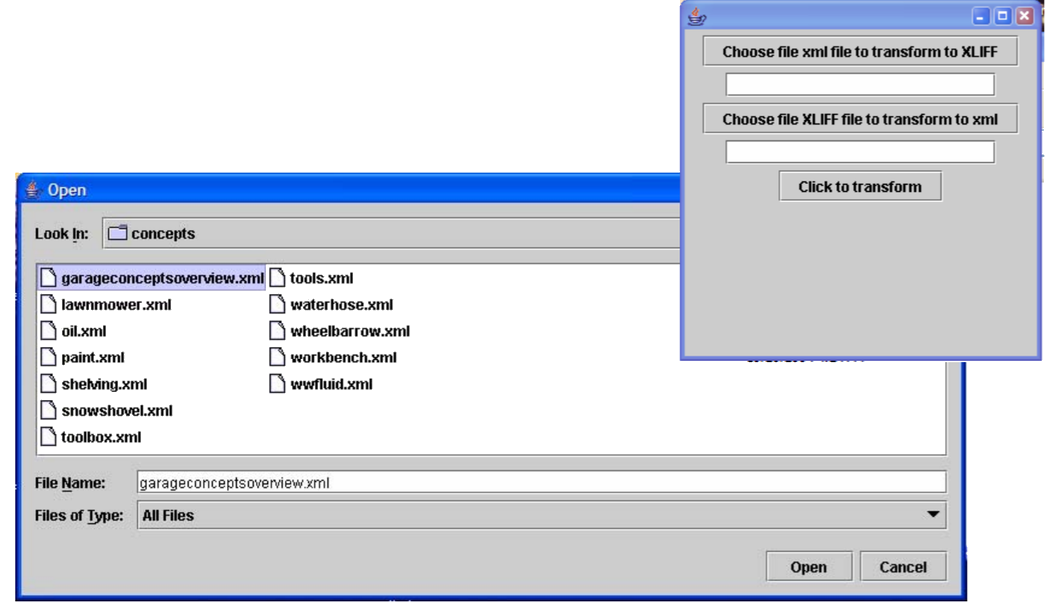 ALBA Translation Agency has extensive experience of working with DITA files. Our specialists can organize a work process on each job in the most optimal and therefore cost-effective manner for our customers.