Translation from Dutch into Russian

Translation from Dutch into Russian 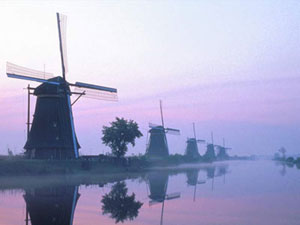 The history of Dutch began around AD 450–500, when Old Frankish, one of the languages of the West Germanic tribes, split from the other languages during the second consonant shift. The phonetic changes which had taken place had a small impact on Dutch, that is why Dutch is often called a bridge language between English and German. The process of standardisation started in the Middle Ages, especially under the influence of the Burgundian Ducal Court in Dijon (Brussels after 1477), became much stronger in the 16th century, mainly based on the urban dialect of Antwerp. In 1637, a further important step was made towards a unified language, when the first Bible translation into Dutch (the Statenvertaling, or the “state translation”) was published. 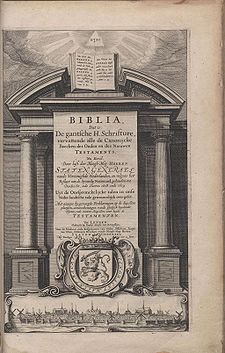 • In Russia Dutch is sometimes called Netherlandish (and more seldom Flemish), but in fact, Dutch and Flemish are variants of one language: Dutch is spoken in the west of the Netherlands, and Flemish is spoken in Belgium.
• Dutch is the official language of the Republic of Suriname, a state in the South America, which borders on the Republic of Guyana in the west, Brazil in the south and French Guiana in the east. The Republic of Suriname gained independence from the Netherlands on 25 November 1975.
• Dutch gave rise to some of the Creole languages (for example, Javindo and Petjo) and Afrikaans, which originated in the time of European colonisation of Africa. Moreover, Indonesian has a great number of words borrowed from Dutch (almost 20 % of the vocabulary of the Indonesian language). Many of the laws of Indonesia and Malaysia have not yet been translated from Dutch.
• The variant of Dutch used in Flanders is called Flemish. The dialect of Dutch spoken in Belgium is also sometimes called Flemish. 59 % of the people of Belgium speak Flemish and only 40 % of the people of Belgium speak French. At the time of foundation of the Kingdom of Belgium in 1830 almost all the people of that country spoke Dutch. In the process of Frenchification of Brussels, the balance shifted towards French. The main reason for that process was not so much the proximity of France as the higher social prestige of French in comparison with Dutch and as the prospect opened by learning of French. At present, only 16 % of the city dwellers of Belgium speak Dutch.
• The word Netherlandish originates from the Dutch word neder, which has the same root with the English word nether. Netherlandish is translated from Dutch as “low land”.
• One of the most difficult sounds in the Dutch phonetics is g, which is pronounced as hgh. There is a widespread joke in Holland that during World War II people in Holland knew that someone was a German spy by his first phrase Goeie morgen (“Good morning”).
• The work over the first Dutch dictionary was started in the 19th century and finished only in 1998. The Dutch dictionary became the largest explanatory dictionary in the world. This dictionary consists of 40 volumes, which altogether contain 44,000 pages filled with small print in two columns.
• There are about 1,000 words in Russian borrowed from Dutch.