Translation from English into Russian

Translation from English into Russian 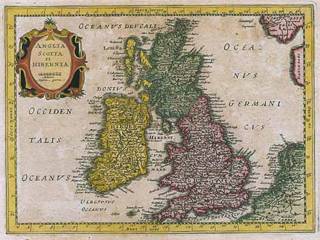 ALBA Translation Agency offers you professional translation from English into Russian. If you need localisation, we will organise for you the work of our experienced professional translators, managers and editors. As a result, all the works will be done at a high level and as soon as possible. All our translators and interpreters have higher education in Linguistics and at least a five years’ work experience.

English is a language of the West Germanic language group which arose in England in the Anglo-Saxon period. The global military, scientific, political and cultural influence of the British Empire and later of the USA turned English into a lingua franca (language of interethnic communication) in many countries of the world. English is widely studied as a second language and is the official language of many former colonies of Great Britain (Canada, Australia, New Zealand, the Republic of South Africa and Ireland), as well as the working language of many international organisations. Historically, English originated from a number of dialects, now collectively called Old English, which were brought to Great Britain by Anglo-Saxon settlers in the 5th century. After the Norman Conquest in 1066, Old English borrowed a considerable number of French words and evolved into Middle English. The word “English” comes from the name of the Germanic tribe of the Angles. Modern English emerged because of the so-called Great Vowel Shift in the 15th century. The secret of the popularity of English as a foreign language is often explained by the great number of French, Latin and Greek borrowings in it. Most English scientific and technical terms have Latin roots, which, on the one hand, facilitate translation of technical texts from English into Russian, but which, on the other hand, have many pitfalls sometimes called translator’s false friends by language specialists.

Modern English, unlike Russian, is a language of international communication in business and finance, law, programme support, aviation, medicine and pharmaceutics. The major part of translation of special texts being done as you read this sentence is done just from English into Russian.

• More than 400 million people consider English their native language, and more than one milliard people speak it as a second language. Nevertheless, by its popularity in the world English occupies only the third place after Spanish and Chinese.
• The oldest English words are more than 14,000 years old and they originated from Nostratic languages of the Indo-European language family. These are some of the oldest words: apple (Old English apal), gold (OE gold), tin (OE tin) and bad (OE bad).
• The first word uttered by a man on the Moon was OK.
• The laws of the American state of Illinois forbid anyone to speak English, because the official language of this state is American.
• The English vocabulary is one of the largest vocabularies in the world and there are about 800,000 words in it. Nevertheless, there are not more than 20,000 words in the vocabulary of most native English speakers, and to make oneself understood, one just need to remember 1,500 to 2,000 words. English also has the greatest number of synonyms.
• There are no words in English to rhyme with orange, month, purple or silver.
• The English names for all the continents begin with the same letter in which they end.
• The most popular letter of the English alphabet is E and its most unpopular letter is Q.
• The longest word which can be typed on only one row of a keyboard is typewriter.
• The word slave has originated from the name of the tribe of the Slavs, because in ancient time Germanic tribes sold Slavic captives into Roman slavery.
• The word abracadabra appeared in Ancient Rome, where they called so a part of a prayer to the deity Abraxas.
• According to Oxford English Dictionary, pneumonoultramicroscopicsilicovolcanokoniosis is the longest word in English, which means “lung disease caused by inhaling silica dust”.
• The only numeral in which the number of the letters is the same as its numeric value is four.
• Uncopyrightable is the longest word in which no letters are repeated.
• Goodbye has originated from God bye, which is translated from Old English as God be with you.
• In the 19th century the ampersand (&) was the 27th letter of the English alphabet.