ALBA Translation Agency (Nizhny Novgorod) offers services of professional translation from Russian into Greek and from Greek into Russian. The economic, cultural and other relations of Russia with Greece and Cyprus are developing rapidly. The trade turnover between Russia and Greece grew from EUR 2.66 milliard in 2003 to more than EUR 3.5 milliard in 2007, and mainly owing to such spheres as telecommunications, 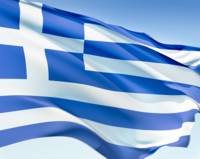 sales of natural gas, defence technologies, shipbuilding, furs, tourism, real estate and air transportation. This tendency may be largely explained by the well-developed legal base, including double taxation agreements and agreements for legal assistance. Translation from Greek into Russian of the following documents: legal and financial documents, private papers, brochures and tourist booklets, customs declarations and documents for Cyprus offshore companies is the most frequently ordered.

• It is considered that there are nine stripes on the flag of Greece because this number corresponds to the number of letters in the word Ελευθερια, the Greek for “freedom”.
• The number of English words borrowed from Greek is more than 50 thousand, i. e. almost 12 % of the total number of words in the English vocabulary. Most English words borrowed from Greek can be found in such spheres as medicine and natural sciences.
• Greece consists of almost 3,000 islands, most of which are desert islands.
• About 80 % of Greece is mountainous. Mount Olympus, which is 2,919 metres high, is the highest point of Greece. In Ancient Greece Mount Olympus was considered the abode of the gods.
• There are about 63 folk dances in Greece.
• The crime rate in Greece is the lowest in Europe.
• The two forms of Greek – Demotic Greek (popular Greek) and Katharevousa (an imitation of classical Greek) – appeared at the end of the Medieval Greek period. Demotic Greek became the official language of modern Greece in 1976. Most native Modern Greek speakers do not understand Ancient Greek, in which the New Testament and other monumental classics were initially written. Modern Greek is significantly simpler than Old Greek. In Modern Greek, there is not a difficult system of stresses and spirituses, the prepositions and cases have become significantly fewer in number and the pronunciation has notably changed.