Translation from Italian into Russian

Translation from Italian into Russian 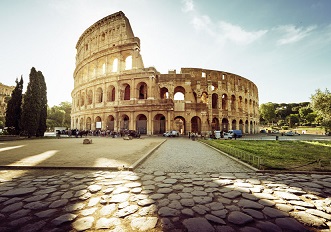 The first text which can be certainly classified as Italian but not Vulgar Latin, date from AD 960–963 and is inclusions in one of the Italian dialects in the text of legal decrees drawn up in Latin. What would come to be thought of as Italian was first formalized in the early 14th century largely through the works of Dante Alighieri, who in his Divine Comedy mixed some South Italian dialects (especially the Sicilian one) with his native Tuscan language. Dante’s works obtained a wide circulation in Italy, and the language in which The Divine Comedy had been written became the “canonical standard of Italian”. Thus, through Dante and the economic upturn of Tuscany in the late Middle Ages, Tuscan became the base for official Italian. The people of each Italian city had been spoken their own dialect from a long time. Italian still has a considerable number of dialects.

A debate of linguists was sparked that raged throughout Italy in the 16th century concerning the criteria that should govern the establishment of Standard Italian. As a result, in 1612 the Accademia della Crusca, an academic institution in Italy, the members of which were scholars and experts in the sphere of Italian philology and linguistics, published the first Italian dictionary, which served as a lexicographical model for French, Spanish, German and English. 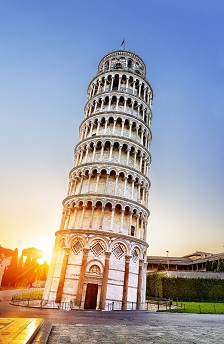 The development of Italian was influenced significantly first by the occupation of Italy by the royal Habsburg dynasty (in the 16th century) and several centuries later by Napoleon Bonaparte (in the 19th century). As a result, Italian developed under a strong influence of Spanish in the 16th century, and of French in the 19th century. Nevertheless, the struggle with the invaders contributed to the unification and creation of a common language.

• The word “Pinocchio” translated from Italian means “pine head”.
• The Italian word “ciao” has the meanings of both “hello” and “goodbye”.
• All the Italian words with the letters J, K, W, X and Y are words borrowed from other languages (for example, jeans, whisky and taxi).
• On 9 April 1809, Napoleon Bonaparte issued a decree according to which Italian “might be used in Tuscany along with French in tribunals, notarial acts and private documents” and “the authors whose works would become the most effective contribution to the support of Italian in all its purity” would be given a prize of 500 napoleons. The issuance of the decree was a consequence of the attempts to force French upon the Duchy of Tuscany.
• The Italian pronunciation in the south of Italy and that in its north differ significantly from each other. For example, the Italians of Tuscany pronounce the letter C as [h]. As a result, the phrase “Coca-Cola con la cannuccia” (“Coca-Cola with a straw”) sounds as “Hoha-Hola hon la hannuccia”. These peculiarities help one to tell easily from which region of Italy this or that person comes.
• The words regatta, fresco, broccoli and basilica are of Italian origin. There are many words in Italian which can be called “translator’s false friends” (for example, camera, which means “room” and confetti, which means “sweets”).
• Italian is so musical because all the words, except some of the articles, prepositions and borrowings, end with a vowel.