Translation from Turkish into Russian

Turkish is the native language for more than 63 million people in the world, which makes it the most popular of the Turkic languages. The majority of native Turkish speakers live in Turkey and Cyprus. There are also Turkish-speaking communities in Iraq, Greece, Bulgaria, Macedonia, Kosovo, Albania and some countries of Eastern Europe. The largest Turkish community in Western Europe is that of Germany and there are from 2.8 to 3.2 million Turks, according to different estimates, which is 3.7 % percent of the population of Germany.

Turkish has originated from Central Asia. After adopting Islam in 950, Turkish was greatly influenced by Arabic and Persian. In the period of the Ottoman Empire (1299–1922), the official language of that territory was a mixture of Turkish, Persian and Arabic. That language was called Ottoman Turkish. In 1928, as one of Ataturk’s Reforms in the early years of the Republic of Turkey, the Ottoman script was replaced with a phonetic variant of the Latin alphabet. The Turkish Language Association established in 1932 implemented a language reform intended for elimination of Persian and Arabic borrowings from Turkish and their replacement with equivalents of Turkish origin. It was a radical language reform, which made different generations of Turks speak different languages. The generation of people, who had been born before 1940, used the old variant with Arabic and Persian borrowings, while the younger generation already spoke Modern Turkish.

Interesting facts about Turkish and Turkey 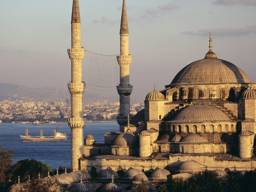