Translation from Armenian into English

Translation from Armenian into English 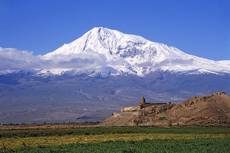 Armenian is a language of the Indo-European language family and the official language of the Republic of Armenia, as well as Nagorny Karabakh. The Armenian script is based on the original Armenian alphabet. Most scientists classify Armenian as an independent branch of the Indo-European language family, but there is also a point of view that Armenian is closely related to Greek and Indo-Iranian languages. The total number of Armenian-speaking people in the world is about 6.4 million.

According to Old Greek sources, Armenian has Phrygian origins. Some scientists say that the ancestors of Armenian people may have separated from Phrygian people even before the writing system appeared, and after that Armenian was greatly influenced by other languages of the Caucasus. This point of view is based on the historian Herodotus’ statement that the Armenians were a “colony of the Phrygians” (7.73).

Old Armenian and then Middle Armenian were used as the standard language until the early 19th century, when Khachatur Abovian (1809–1848) wrote his first work in Ashkharabar, or the common language, as the everyday Armenian language of that time was called. Abovian is also famous for his translation of works of Homer, Schiller, Goethe, Karamzin, Krylov and other writers of his time into Armenian. Old Armenian is still used in liturgies of the Armenian Catholic Church and the Armenian Apostolic Church.

Middle Armenian arose in 12th century and became the language of works of secular literature intended for a more general audience (poetry, juridical, medical and agricultural texts). As the city life and trade with the East and the West became more intense, Middle Armenian became the state language of the Kingdom of Cilicia.

• Greek is the most closely related to Armenian of all the surviving languages.
• The Armenian historian of the 5th century Yeghishe wrote in his work “The Questions and Answers on Genesis” about his native Armenian language, “After the big common language had disintegrated, beauty arose: Greeks have a sweet language, Romans have a harsh one, Huns have an aggressive one, Syrians have an imploring one, Persians have a luxurious one, Alans have a flamboyant one, Goths have a sarcastic one, Egyptians have such a language as if it is spoken in a closed and dark place, Hindus have a strident one, and Armenians have a tasty one able to absorb all languages. And as a colour is made more distinct compared with another colour, and a face with a face, and a height with a height, and an art with an art, and a deed with a deed, so is a language beautiful compared with a language”.
• There is a developed punctuation system in Armenian, which differs very much from that adopted in English and European languages. For example, the colon sign verchasket, or ending point, in Armenian may correspond to the English dot and the separation explanatory mark but, which resembles the apostrophe in European languages, may correspond to the English comma, dash or colon. The question mark khartsakan nshan in Armenian is placed not at the end of a sentence, but above the last vowel of the word which is the subject of the question (for example, Որտեղի՞ց ես գալիս (“Where are you going from?”). The same refers to the exclamation mark.
• More than 25 thousand Armenian literary texts created from the 5th century to the 18th century survive today. Yerevan Manuscript Repository contains several thousands of manuscripts in Armenian.
• The first book printed in the Armenian script (Urbatagirk, or Friday Book) was published in Venice in 1512, owing to the education activity of Hakob Meghapart. Owing to this printing pioneer, Armenian was the first language of the languages of Asia and the CIS to become a printing language.
• The first universal Armenian encyclopaedia (Armenian Soviet Encyclopaedia) was published in Armenian in 1948–1987 under the editorship of Viktor Ambartsumyan and Konstantin Khudavyerdyan.
• Only in Armenian and Russian the sign @, translated into English, is called “the dog”. The names of this sign occurring in other languages are more exotic (for example, “the monkey”, “the snail”, “the strudel” in Hebrew and “the Moon’s ear” in Kazakh).
• Armenia was the first country to adopt Christianity as the official religion in 301. Armenian liturgies are based on an Armenian ritual. The Armenian Apostolic Church adheres to the Monophysite strand of Christianity, which accepts only the deity of Christ.