Translation from Chinese into Russian

Translation from Chinese into Russian

The need for translations from Chinese is constantly growing. The Chinese economy, which is growing at a rapid rate, is becoming the greatest exporter of manufactured products in the world. According to the customs statistics of the Federal Customs service of Russia, the foreign trade turnover between China and Russia, in spite of the signs of a crisis in the economy, was USD 55.9 milliard in 2008 (which was 38.7 % in comparison with 2007). As of the end of the year of 2008, China occupied the third place among the foreign trade partners of Russia after Germany and the Netherlands (4.6 % of the export from and 13 % of the import into Russia). 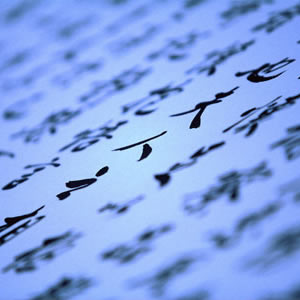 Interpreting from Chinese is extremely difficult. Firstly, Chinese has a great number of dialects, which makes it difficult to understand Chinese speech, and the choice of a translator or interpreter should be done with account taken of his/her knowing of this or that dialect. Secondly, the rhythmic, intentional and grammatical structures of Chinese differ significantly from those of Russian. That is why Chinese simultaneous interpreting is only possible when the interpreter knows in advance the formalities of the event at which the interpreting from Chinese is needed and can foresee what this or that of the speakers will say. The interrelation between spoken and written Chinese is quite complicated. All the dialects of Chinese are tonal, that is, every syllable may have different meanings, depending on the intonation with which it is pronounced. It is very difficult for a native speaker of a language which is not tonal to capture the tonal nuances in Chinese, because there are only several hundreds of words in Chinese, which acquire several thousands of meanings depending on the tonality of their pronunciation.

Chinese is a group of dialects (Simplified Chinese, Traditional Chinese and Pinyin), the native speakers of which can understand one another to a significant extent and which belong of the Sino-Tibetan language family. At present, Chinese is the native language for every fifth inhabitant of the Earth.

Chinese is one of the most ancient languages of the world. Most linguists classify Chinese as a language of the Sino-Tibetan language family and speak about the existence of the initial Proto-Sino-Tibetan language. The history of spoken Chinese was complicated. The major part of Northern China had spoken different dialects until the middle of the 20th century. The standardisation of Chinese in the second half of the past century led to diffusion of Standard Mandarin Chinese, which is a mandatory subject at all the schools of China. As a result of the carefully thought-out language policy of China, the overwhelming majority of the population of China and Taiwan now speak Mandarin Chinese. The standard Cantonese dialect was the official language of Hong Kong in the colonial period. In Hong Kong this Chinese dialect is still used in education, in speeches of public officers, and it is also the everyday language. Nevertheless, the Mandarin dialect has been gaining more and more ground in Hong Kong, beginning from its accession to China in 1997.

Interesting facts about Chinese and China: 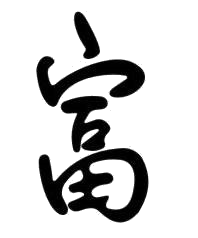 • There is no punctuation in Chinese.
• The writing system of Chinese has more than 40,000 hieroglyphs.
• In Chinese the words “school” and “family”, as well as “cheerfulness” and “tea” are expressed with the same hieroglyphs, and the hieroglyph meaning difficulties and trouble is represented as two women under one roof.
• In Chinese the sound [r] is not distinguished from [l].
• The name of the drink “Coca-Cola”, if accurately represented with Chinese hieroglyphs, sounds in Chinese as the phrase meaning “bite the wax tadpole”. The marketing specialists of the company of Coca-Cola had nothing to do but change the name to “ko-kou-ko-le”, which translated from Chinese means “happiness in the mouth”.
• One word in Chinese can have several tens of meanings, depending on the intonation with which it is pronounced. Thus, the word chiang can mean “shall”, “to command”, “a general”, “river”, “soy sauce”, “mechanic”, “to drop”, “to descend” or “to surrender”.
• The territory of China is 9,596,960 sq. km. China is the world’s fourth largest country by land area. The largest cities of China are Shanghai and Beijing. The Tiananmen Square, the largest square in the world, is also situated in China.
• A 56-year-old citizen of Shanghai sued the publishers of the most popular Chinese language explanatory dictionary Xinhua Zidian. He claimed to have found 4,000 errors in the dictionary.
• There is a government programme of support of Chinese in China called The Chinese Bridge, and 42 Chinese language centres of Confucius Institute have already been opened in the world as a part of this programme. There are going to be 100 such centres.
• In the translation of the New Testament into Chinese “In the beginning was the Word” is “In the beginning was Tao”, and “I am the Bread of Life” is “I am the Rice of Life”. The translation of the Orthodox New Testament into Chinese was completed by Archimandrite Gury (Karpov) in 1864. Only one copy of this book survives today.
• All the information boards and signs in Beijing were translated from Chinese into English for the 2008 Olympic Games. As a result, such stylistic howlers appeared as “Racist Park” instead of “Ethnic Minorities Park”, “No entry on peacetime” at an emergency exit of a building and the caution board meant to say “No swimming” near one of the city ponds which read “Keep away from current water”.
• Most of the 4,100 Chinese surnames are written with a single hieroglyph.