Translation from Georgian into Russian

Translation from Georgian into Russian

ALBA Translation Agency offers services of technical, legal, literary and medical translation from Georgian into Russian, website localisation and translation of private papers from/into Georgian. You are welcome to order at our agency: 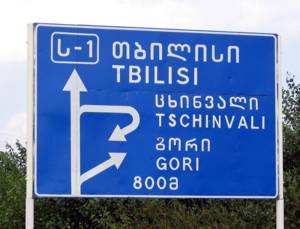 Georgian and its cognate languages (Mingrelian, Laz and Svan) are the members of the Kartvelian language group. Georgian is spoken by about 4 million people, most of whom live in Georgia, where Georgian is the state language. Georgia is a country with a rich and old culture and history, and it has made a substantial contribution to the development of the world civilisation. The proof of it are the numerous historic buildings which survive in Georgia.

Georgian separated from Svan, Mingrel and Laz in the first millennium BC. The first allusion to Georgian dates from the 2nd century AD, when the Roman grammarian Marcus Cornelius Fronto wrote that the Iberians who lived in the territory of modern Eastern Georgia addressed the emperor Marcus Aurelius in their incomprehensible tongue. The evolution of Georgian into a written language was a consequence of the conversion of the Georgian elite to Christianity in the 4th century. The new literary Georgian language was constructed on the already well-established cultural infrastructure of pagan Georgia. The first Georgian texts are parchment manuscripts dating from the 5th century AD. The oldest surviving literary work in Georgian is The Martyrdom of the Holy Queen Shushanik by Iakob Tsurtaveli, dating between AD 476 and 483. The history of Georgian is divided into the period of Early Old Georgian (5-8th centuries), Classical Old Georgian (9-11th centuries), Middle Georgian (12-18th centuries) and Modern Georgian (beginning with the 18th century). 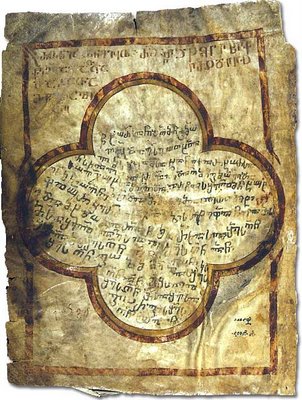 • The word “Georgian” most probably originates from Old Persian.
• In English the word “Georgia” means a country and a U. S. state.
• Georgian is considered one of the most difficult languages to learn. The grammatical system of Georgian is substantially more complicated than those of most Eurasian languages.
• In Georgian, there are no masculine or feminine forms. One and the same pronoun may mean “he”, “she” and “it”.
• Most loan words in Georgian originate from Arabic, Persian, Turkish and Greek. Borrowings from Russian in Georgian date from a later period.
• Georgian has a most original phonetic system with some combinations of consonants which are unpronounceable for natives of other languages (for example, mtsvrtneli or gvprtskvni).
• The Georgian numerals up to 20 are based on a decimal number system, and those from 20 to 100 on a vigesimal one. For example, the Georgian for the number 75 literally means “three times twenty and three times five”.
• During its history, Georgian has changed three different alphabets. The alphabet which is currently in use spread in the 9th century and is known as mkhedruli (“military”). It consists of 33 letters (initially there were 38 ones) and is based on a phonetic script.
• There are 14 alphabets in the modern world, one of which is the Georgian alphabet. Georgian is one of the few languages of the world the number of letters in the alphabets of which correspond to the number of sounds in these languages.
• There is no equivalent of capital letters in the Georgian script.
• The most ancient extant Georgian inscriptions date from the 5th century, the most ancient manuscript dates from the 7th century, and the first printed book in Georgian appeared only in the 17th century.
• The endings of Georgian surnames initially pointed to the region from where the person who had this or that surname came (for example, -shvili, -dze, -ia, -iani, -ava).
• The Georgian martial past is reflected in such greetings as mshvidobisa (equivalent of “good morning”), which literally means “morning of peace”, gamarjoba (equivalent of “hello”), which means “victory”, and gagimarjos (equivalent of “your health”), which means “may you be victorious”.
• Traditions of polyphonic singing live on in Georgia. A record of a Georgian song was placed into the Voyager spacecraft as one of the achievements of the human cilvilisation.
• The word djuga in Old Georgian meant “steel”. That was why Joseph Djugashvili chose the pseudonym Stalin (derived from the Russian word сталь).
• Shish-kebab (shashlyk) is called mtsvadi in Georgian and khorovats in Armenian.