Translation from Hebrew into Russian 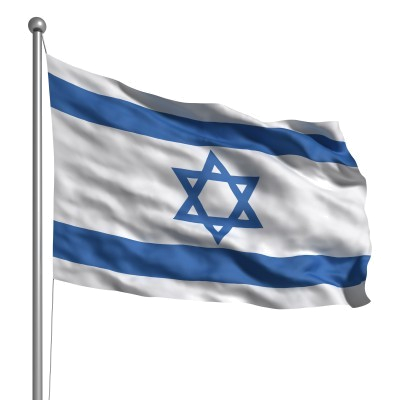 Hebrew is a language of the Semitc language family, the state language of Israel and the language of some Jewish communities and diasporas. About 7 million people in the world know Hebrew. Most native Hebrew speakers live in Israel and about 500 thousand in North America. Hebrew is a native language for three million people. Hebrew is “the language which God spoke”. The conversation between God and Moses on Mount Zion was in Hebrew, the Torah (Old Testament) was written in Hebrew, and King Solomon and King David spoke Hebrew. Those events took place about three thousand years ago, almost all the ancient dialects have disappeared since that time, but Hebrew is alive and the history of this language is rich and amazing.

Hebrew appeared on the historic scene from the time of the conquest by the Israelite people of the Land of Canaan, which since then got the name Erets Israel, translated as “the Country of Israel”. The dialects of Canaanites (Phoenicians) and those of Israelites were close. Just two thousand years before the Israelite people came to the Land, the Phoenicians themselves had come to it from the region of modern Bahrain. They encountered the problem of each other’s recognition. The name of the language may have come since that time: the word “Hebrew” originates from the verb la’avor, which means “to pass over something, to overcome something”. Ivri’im is one of the ancient self-appellations of Israelites, which means “people who have crossed the Jordan”. However, the beginning of the new era brought about supplantation of spoken Hebrew by Aramaic. At the same time, some events took place which left a significant mark in history: the Roman taking of Jerusalem by storm, the destruction of the Temple and the extrusion of the Israelite population from the Israel Land. In order for the sounding of Hebrew not to be forgotten in a diaspora, rabbies worked out a system of vowel marks (nikud) in the form of dots and dashes, which served to add vowel marks to the West Semitic syllabic writing, in which only consonants had been denoted till then.

Hebrew was a dead language for 20 centuries. Jews learned to read Hebrew in order to study the Holy Scriptures, but nobody spoke Hebrew. They used Hebrew very seldom, during international meetings. Quite many different literary works on different subjects, from the comments to the Torah by Rashi and Rambam to poems by Yehuda Halevi, were written in the Middle Ages. After the Great French Revolution the national purposes were of the first priority, all nations wanted freedom, and the Israelite people, too, awoke from its prolonged dream, which had lasted for centuries.

The Jews had made do with diasporic languages until then. Yiddish, Russian, German, Arabic and Ladino were heard everywhere. However, they needed a common language. Lazar Perelman, a Jew from Riga, who has gone down in history as Eliezer Ben-Yehuda, reconstructed Hebrew as a spoken language.

He managed to derive tens of thousands of words from the 8 thousand words of the Old Testament, carried out a grammar reform, facilitated the sounding, updated Hebrew and, which is very valuable, all those changes were made on the base of Hebrew roots, i. e., there were almost no borrowings. As a result, a plan-language appeared, which was based on the ancient language. The letters which did not resemble anything else and frightened the beginners, and the texts written from right to left did not make Hebrew difficult to learn. Furthermore, the relations with that most ancient language were retained, and then every Hebrew-speaking person could read the Torah without special training. The necessity of education of a new generation of Israelites, free from the complexes of a diaspora, arose. Among other measures, at Ben-Yehuda’s suit, the national council initiated a proposal to teach children at Jewish schools in Hebrew, in order for the new generation of people to speak their native language. That was how the Sabras appeared, that is, Hebrew - speaking Jews born in Israel.